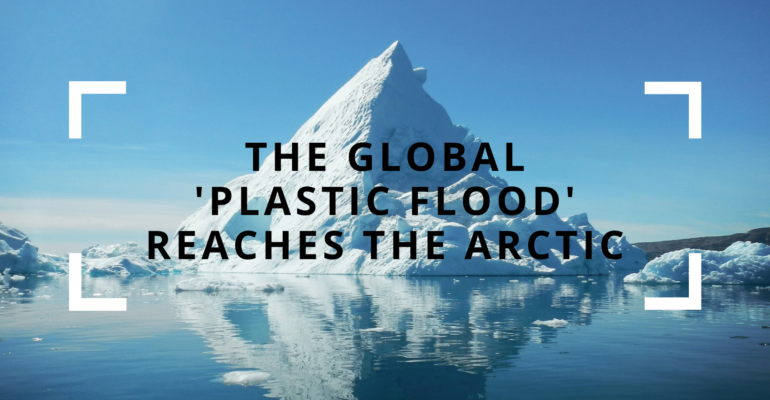 Plastic consumption is increasing day by day worldwide. The immense quantity of plastic being thrown out daily without recycling has affected the world. This flood of plastic has reached almost all parts of the sphere. Even the Arctic Ocean is not an exception. Daily tons of plastic are transported to the Arctic through big canals, rivers, and many other sources. A high quantity of plastic can be found at every spot of the ocean like the seafloor, beaches, along riversides, and even in snow.

The impacts of these harmful materials on the aquatic ecosystem and the overall climate of the world cannot be overemphasized. Here are the sources of such pollution and its effects on the environment.

The Source of Plastic Pollution in the Arctic?

The recent researches on plastic pollution show that about 19 to 23 million metric tons of plastic debris are being dumped in the waters annually all over the world. According to this survey, about two truckloads of plastic are dumped each minute. The Arctic Ocean is not an exception to those waters being affected by plastic floods. The plastic flood reaching the Arctic Ocean is the result of many consequences; some are:

Municipal teams collect the waste from different cities and dump them along the riversides or in canals. Because of the massive use of plastic all over the world, municipal waste largely contains plastic materials. The waste dumped on the river banks or along the canals gradually incorporates the rivers. These rivers and canals when they eventually the Arctic pollute it with their plastic flood.

Another big source that has affected the clean water of the Arctic is wastage from different Arctic Communities. The wastewater of such communities has macro as well as microplastic particles in it. This also contributes to the plastic flood in the Arctic.

Debris resulting from passenger or transport ships is the source of microplastic particles that are very dangerous to aquatic habitats as well as the general ecosystem.

According to the recent studies by AWI on the plastic flood in the Arctic Ocean, fisheries cause almost 100% of such flood. The ropes, nets, and fishing vessels intentionally thrown or lost in the water during fishing pose a great threat to the aquatic ecosystem and cause plastic flood.

Effects of Plastic Flood on the Arctic Ocean

Alarm to the Aquatic Organisms

When aquatic life encounters plastic debris, it affects their body and internal structure badly. Also, the plastic debris often hinders them from being able to access their food particles from the water.

All this eventually leads to the decay of the aquatic species. Many sea organisms like seals, polar bears, seabirds, etc. sometimes die because of their encounter with plastic flood. They might also suffer from many reproduction and tissue inflammation issues as a result of this kind of pollution. This is a great loss, particularly to the endangered species.

According to recent studies, plastic particles in the air are contributing about 4.5% to the world’s global warming. The plastic flood in any water resource, like the Arctic, also leads to air pollution. The microplastic particles in the water get into the air when polluted water evaporates. This leads to larger sunlight absorption that eventually intensifies global warming.

Plastic pollution is one of the big challenges to the world nowadays. This flood of pollution has reached the Arctic and is affecting it badly. Different consequences, as mentioned above, are causing this pollution that is resulting in massive damage to the aquatic ecosystem.